Politics in the Hebrew Bible: God, Man, and Government 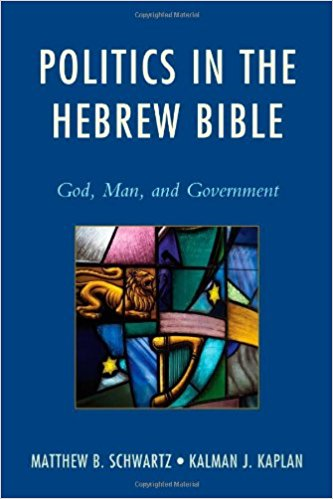 We live in an age when it is not uncommon for politicians to invoke religious doctrine to explain their beliefs and positions on everything from domestic to foreign policy. And yet, many of us would be hard pressed to pinpoint the exact source of these political beliefs in the religious texts that are said to have spawned them. In Politics in the Hebrew Bible: God, Man, and Government, Kalman J. Kaplan and Matthew B. Schwartz offer a genre-straddling examination of the political themes in the Jewish Bible. By studying the political implications of 42 biblical stories (organized into the categories Social Order, Government and Leadership, Domestic Relations, Societal Relations, Morale and Mission, and Foreign Policy), the authors seek to discern a cohesive political viewpoint embodied by the Jewish Bible. Throughout the text, the views put forth in the Jewish Bible are compared to those put forth by Greco-Roman philosophers in order to argue that the Bible offers a worldview that fosters a “high degree of creative individualism within a supportive non-chaotic and well-functioning society”. Kaplan and Schwartz are generous with their explanations of Greco-Roman philosophical concepts in the introductory chapters and with giving background information about the biblical stories engaged in the text.