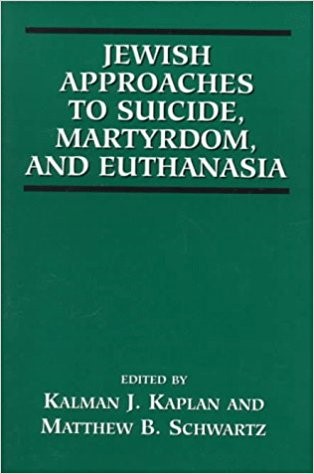 by Kalman J.  Kaplan and Matthew B. Schwartz (Author)

The seventeen essays in this book explore the philosophical and religions underpinning of some of the most controversial and thought-provoking issues being debated today. Written by a number of noted scholars, the essays focus on three themes: life, death, and suicide in ancient and traditional Jewish, Greek, Roman and Christian thought, with implications for modern American law.